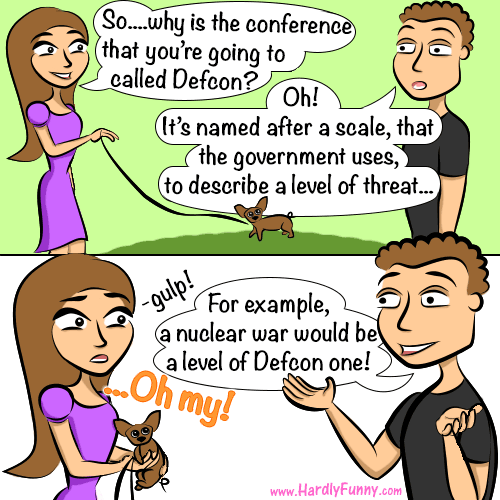 So this is what my hacker husband, Randall, said to me when I asked him about the conference he was going to (last year). Yup. Pretty rogue-hackerish-sounding to me, and pretty normal – or “badass”- to him. DEFCON is an annual pro-hacking conference in the US that’s pretty well known for its often rebellious attitude. And just so I don’t get shot, I’ll clear the air by saying that “rebellious” can mean something like “rebellion via hacking in a righteous effort to create transparency”. And that’s all I know about DEFCON! I like how Scribbles looks in this comic. She’s just as cute in real life by the way.